MacOS is required to develop - no questions asked

My home setup consists of many operating systems. We are working in various fields, mainly creating business apps.

So, the technological landscape is pretty clear for me: I need

I was never fond of statements like "Mac is better than Windows", for me it is a different system with different things to know. It has a completely different architecture than Windows and that might makes it better for developers. But for the user, who is used to Windows stuff, it is just a hurdle to migrate.

As nerds we must embrace the diversity - in life and in technology.

I always hoped (after our early Atari/AMIGA feuds), that developers and sysadmins will overcome that "my system is better than yours" nonsense between systems.

In my opinion it is our task to make that stuff run as good as it can. I also think, if you promote only one system, you might just not know enough about the other.

Nice setup! What monitor are you using? it looks like a tv. 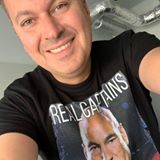 The screen is just right for 4k and love to develop on it. I have an LG 43" monitor in the office, which is about the same quality.